Our Founder and President

Our Founder and President 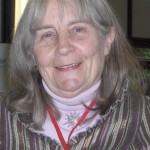 Our Founder and President is Baroness Masham of Ilton, who became spinal cord injured at T5 following a riding accident in 1958.  The Baroness is an active member of the House of Lords and has a particular concern in issues surrounding health and disability, especially spinal cord injury.   When she founded SIA in 1974, her primary concern was the lack of specialist medical care available to all newly injured people, and the dearth of information and advice available to SCI people once discharged from hospital.  Out of these twin concerns, the Spinal Injuries Association was born. Looking back over SIA’s history, Lady Masham says:

‘When I went to live in Yorkshire after my accident, it became evident to me that much had to be improved for people living with spinal cord injury in the community.  In 1970 I became a Life Peer in the House of Lords and, along with other disabled Peers, made my maiden speech on disability in Alf Morris’s Chronically Sick and Disabled Persons Bill.

I came across several paraplegics and tetraplegics who were being treated in general hospitals with disastrous results, and many other aspects of life, such as access, housing, education and employment also needed addressing.  I came to the conclusion that, as spinal cord injury is such a specialised condition, it needed an association to support people and so SIA was launched in 1974.

It seems hardly possible that from such a small beginning we have grown to be the enthusiastic professional organisation that we are today.  We have addressed many of the crucial issues that faced spinal cord injured people back in 1974 and have been at the forefront of many campaigns that have had a significant and lasting effect on the lives of spinal cord injured people.  We were at the front of the campaign to introduce Direct Payments and chaired the Rights Now! campaign which ultimately led to the introduction of the Disability Discrimination Act.

Although medical care has improved, and legislation has eased the life of many, there are still many issues to be addressed.  SIA has an unrivalled reputation for successful campaigning and we will continue to use our skills to ensure the best possible outcomes for spinal cord injured people’.