Chef Michael Caines adopts SIA during the month of July 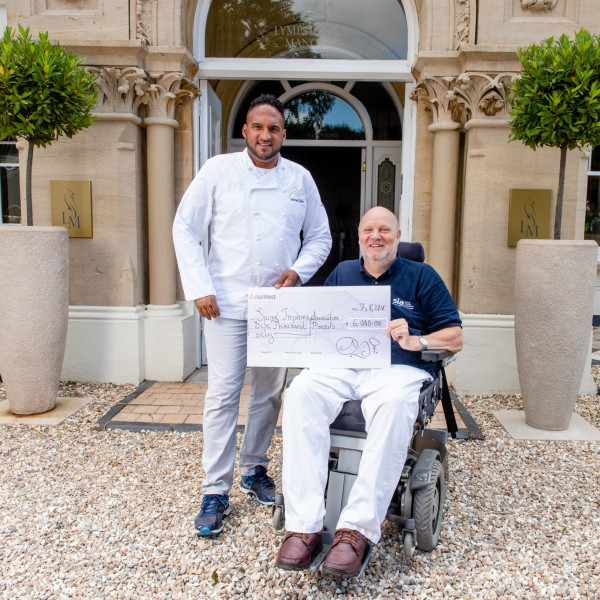 Chef Michael Caines adopts SIA during the month of July

We are delighted to announce that Lympstone Manor, home of renowned chef Michael Caines MBE, has adopted SIA as one of their two charities during July. Lympstone Manor is the vision of Michael Caines MBE and a realisation of a long awaited dream. Through his inspiration and drive, a Grade II listed Georgian manor house on the foreshore of the tranquil Exe estuary has been imaginatively restored into a luxury country house hotel for the 21st Century. Such is the success of the hotel, that just six months after opening in 2017, Lympstone Manor was awarded a hugely prestigious Michelin star.

Michael is a partner and ambassador for ROKiT Williams Racing where SIA is the official charity partner and throughout July, 50p will be donated from each lunch and dinner bill with the proceeds shared with the Mesothelioma charity. The fundraising will be launched at the annual Celebration of Speed event at Lympstone Manor – on 3 July – where SIA will have a presence.

As one of Britain’s most acclaimed chefs with a global reputation for his modern European cuisine, Michael has held two Michelin stars for 18 years. Amongst numerous other accolades, Michael has cooked in 10 Downing Street for the Prime Minister, received an MBE in 2006 for services to the hospitality industry.

Spinal Injuries Association (SIA) is the leading national charity for spinal cord injured (SCI) people and supports the 50,000 people who live with a spinal cord injury in the UK. Rokit Williams Racing’s founder and Team Principal, Sir Frank Williams became spinal cord injured following a car accident in 1986 and was supported by SIA as he recuperated and returned to work, subsequently leading the Williams team to 16 Formula One World Championship titles. ROKiT Williams Racing works closely with SIA to raise awareness of the charity’s vital work with Deputy Team Principal, Claire Williams, also serving as Vice President of SIA.

Find out more about the Celebration of Speed event.