Womens experiences of sexuality after SCI 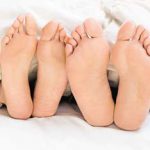 Very little research has been done to understand and improve women’s sex lives after SCI. A recent study explored women’s own experiences of sex, particularly looking at the practical problems. It was carried out with funding from a Stoke Mandeville-Masson Research Award.

Invitations were sent to 937 women with SCI or Cauda Equina Syndrome known to the National Spinal Injuries Centre (Stoke Mandeville), London Spinal Injuries Centre (Stanmore) and Midlands Centre for Spinal Injuries (Oswestry). The women were aged over 18, had been out of their ﬁrst rehabilitation admission for a year or longer and had been sexually active within the last year. Twenty-seven women aged between 21 and 72 years were interviewed. They had SCIs or Cauda Equina Syndrome at diﬀerent levels, and were in various types of relationships.   What the women told us in the interviews could be organised into six themes.

All the women reported at least some changes to sensation in their vagina after their injury. Some had no sensation at alll which was devastating for them.

“I told him to stop pretty soon after he penetrated me, because it was freaking me out that I couldn’t feel it.” (Aged42, T12)

For others, sensations in the vagina were less than before, changeable or depended on their position during sex. Some women found that certain medications reduced their sensation too but more research will be needed to conﬁrm this.

Bladder and bowel incontinence during sex were common and distressing but, over time, many of the women interviewed had developed ways to reduce and manage the problem.

“Our whole life revolves around bladder and bowel. So, yes, sexual activity is no different.”
(Aged45, T11).

They said that for the bowel, having a regular bowel routine and checking their back passage and removing any stool before sex made accidents less likely. Using a catheter to empty their bladder before sex made bladder leakage less likely too. Some women said they cut down on food and drink as a way to avoid incontinence during sex, but this is not recommended by healthcare professionals.

Although preparing for sex avoided incontinence, the women found that having to plan was often a mood killer and they were less able to be spontaneous about when or where they had sex. Those with higher injuries found they had to allow their partner to be more in control during sex, which could be difficult, but this did get easier over time. Some women said that they had been anxious about starting to have sex again, about what to expect and whether they would be able to satisfy a partner.  Several of the women struggled to adjust to the changes in how their body looked after injury, mentioning changes to their figure and scarring. This left some of them feeling self-conscious with less confidence and lower self-esteem.

“I just though… I am ugly and my body is different, I don’t like it and I don’t want to show it to anybody else.”

Some women with higher injuries needed their partner to help them get in position for sex and to help them clean up afterwards. This made some feel frustrated and guilty.They also found that some sexual activities such as undressing, could lead to a blurring between partner and carer roles. Some women found getting assistance with their personal care from a professional carer after  being sexuality active, or knowing that their live-in carer was in a nearby room while they were having sex, was veryembarrassing.

Most of the women interviewed had lower expectations of sex after their SCI. As they were not able to orgasm, or the orgasm was less intense, they found sex less satisfying. However, for many women this was balanced with more focus on the emotional significance of sex.

Women said they used aids like pillows, profiling beds and slings to improve their ability to have sex,and that sex toys and pornography improved their experiences. Over-the-counter, water-soluble lubricant gel solved the problem of vaginal dryness.

Many of the women found that self-masturbation to investigate how their body worked after injury was helpful.

“Don’t be afraid to touch yourself … how can you tell your husband where to touch you if you don’t know yourself?”  (Aged 59)

A lot of the women, especially those with problems that were not obvious, talked about how difficult it was to share intimate disability-related information with possible sexual partners.S ome women were immediately and completely open about their problems, while some never shared the extent of their disability. Some women found their injury contributed to the end of their relationship because of changes in lifestyle, leisure interests and priorities, as well as difficulties in adjusting to their injury.

Women’s experiences of sexuality during rehabilitation varied a lot. Many women received literature or group education especially around fertility, but some received nothing. Some women had psychosexual counselling and women-only education sessions, which they said were helpful. However, most were left with the feeling that healthcare professionals don’t consider female sexuality as important during rehabilitation. Some of the women interviewed had sex with their partner for the ﬁrst time after injury while they were still an inpatient in rehabilitation. This happened in independent living facilities, side rooms and ward bathrooms, or during weekend leave from hospital. Other women felt they needed some sort of ‘permission’ to begin to have sex again, such as a doctor telling them it was safe following spinal surgery. Many wanted reassurance about what to expect and what is ‘normal’ after injury.

During the interview, the women were asked what help or information about sex after SCI  they would have liked during rehabilitation. Having access to approachable, knowledgeable healthcare professionals was important, and the women felt there should be more focus on the enjoyment and emotions of sex, and more support and opportunities to improve self-conﬁdence, self-esteem, body image and social skills. Women also wanted couples counselling, more access to peer support (help from other women with similar problems) and advice from a healthcare professional specialising in female sexuality at all stages after injury.

The most important message from the research was that women still wanted and still had sex after their injury. Although the injury caused problems and changed their sex lives, sexuality was still an important, valued part of their identity that could be enjoyable and rewarding. Rehabilitation could help to improve women’s experience of sex after injury. Talking about sexual issues should start early during rehabilitation so that women can be prepared for the changes in their bodies and can consider self-exploration. Women-only education and support groups, self-esteem, communication  and social skills training, and even fashion advice and pampering sessions, would also be beneficial.

How to manage the bladder and bowel for sexual activity also needs to be discussed so that women are able to reduce the risk of incontinence during intimate situations, and avoid unhealthy techniques such as rationing food and drink. When appropriate, partners should also be involved in discussions around sexual activity after injury, so they also know what to expect and have the opportunity to discuss their concerns or emotions.

Many of the women were unaware that peer support was available to them through SCI charities, and some had never had the opportunity to talk to another woman with similar problems, particularly those with Cauda Equina Syndrome. Those who had formed friendships with other women with SCI had found the experience very valuable, particularly for exchanging advice and tips on how to enjoy sex after injury. These research findings have been published in an international  journal and presented at international and national SCI conferences. The researchers hope that by raising awareness about women’s sexual issues after SCI and Cauda Equina Syndrome, services will continue to develop to meet their needs. Further research to improve sex and sexual rehabilitation  for women with SCI and Cauda Equina Syndrome is needed.

A full copy of the research can be found in the November 2018 issue of Spinal Cord journal.

Many thanks to Bucks New University, Stoke Mandeville Spinal Research and Buckinghamshire Healthcare NHS Trust for supporting and funding the project. Thanks also to the Royal National Orthopaedic Hospital NHS Trust and The Robert Jones and Agnes Hunt Orthopaedic Hospital NHS Foundation Trust, for collaborating on the project, and to our co-authors of the academic paper Allison Graham, Angela Gall, Michelle Donald, Richa Kulshretha and Tracey Geddis.

Find out more about FORWARD.